Refugees of the World 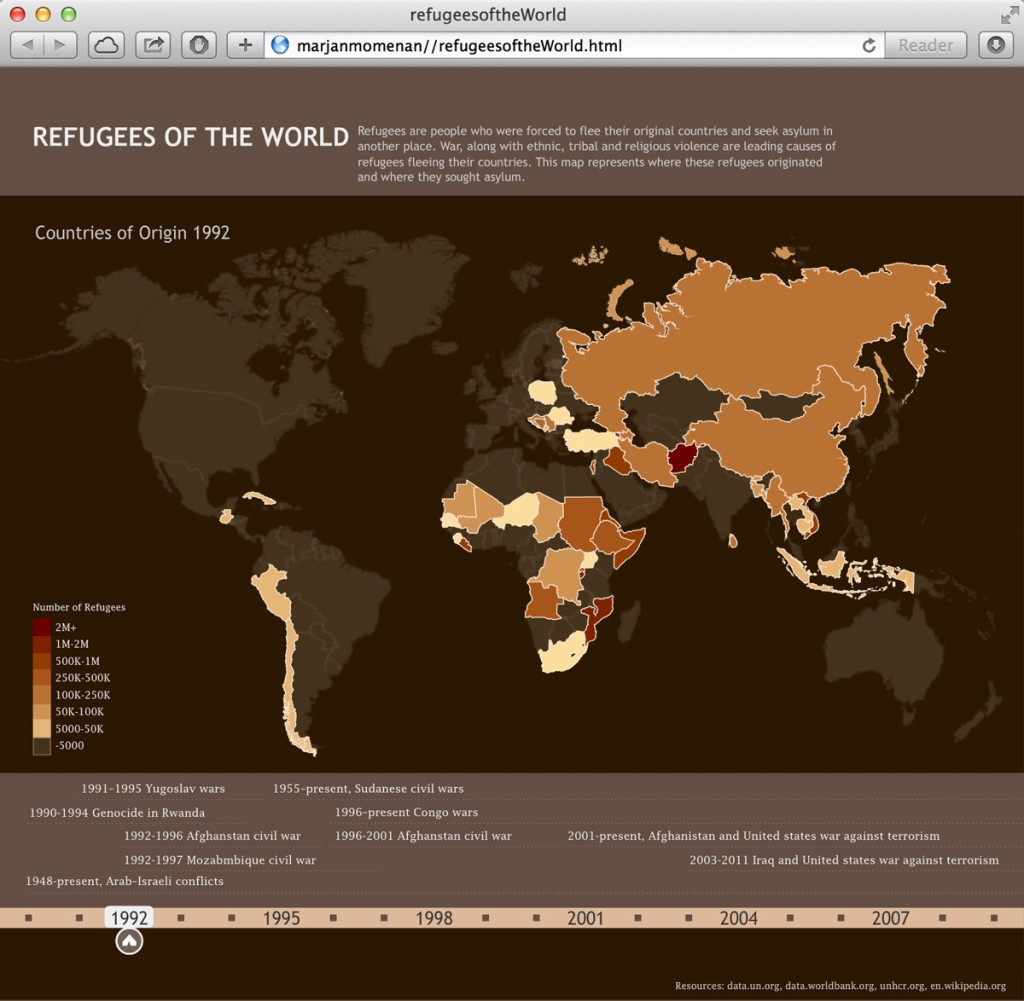 This interactive data visualization project is based on my research on human rights issues. It illustrates where most refugees of the world originated from, and where they sought asylum between 1990 and 2009. Underneath the heat map is a timeline of wars and conflicts that had been major causes to this phenomena.

Detailed Information on each Country 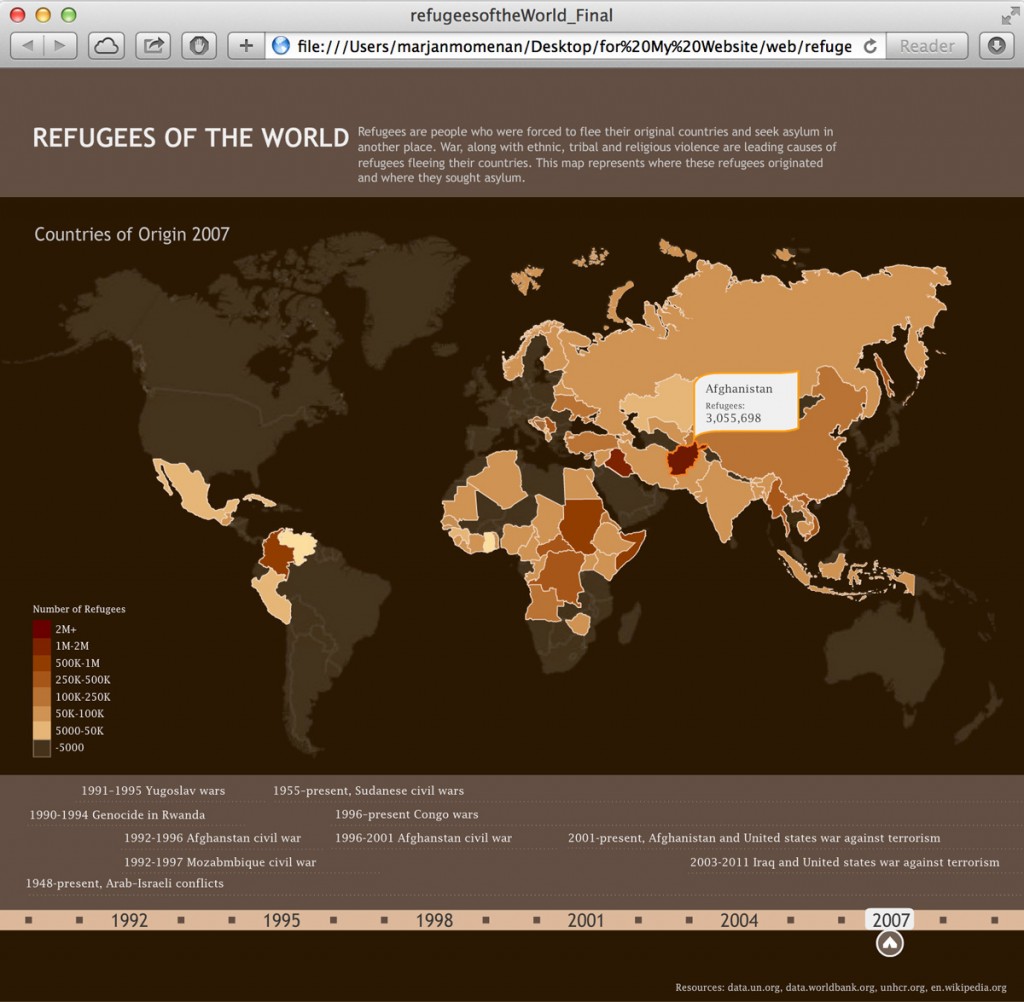 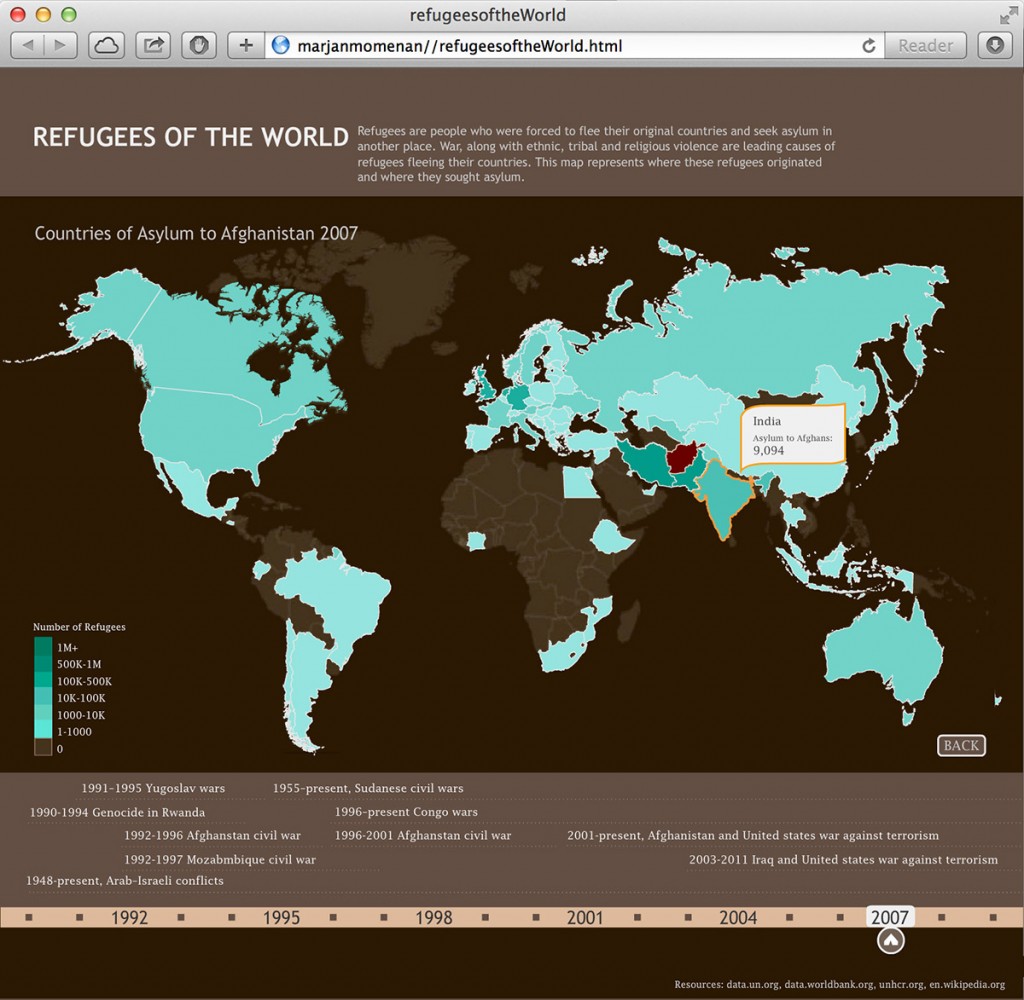