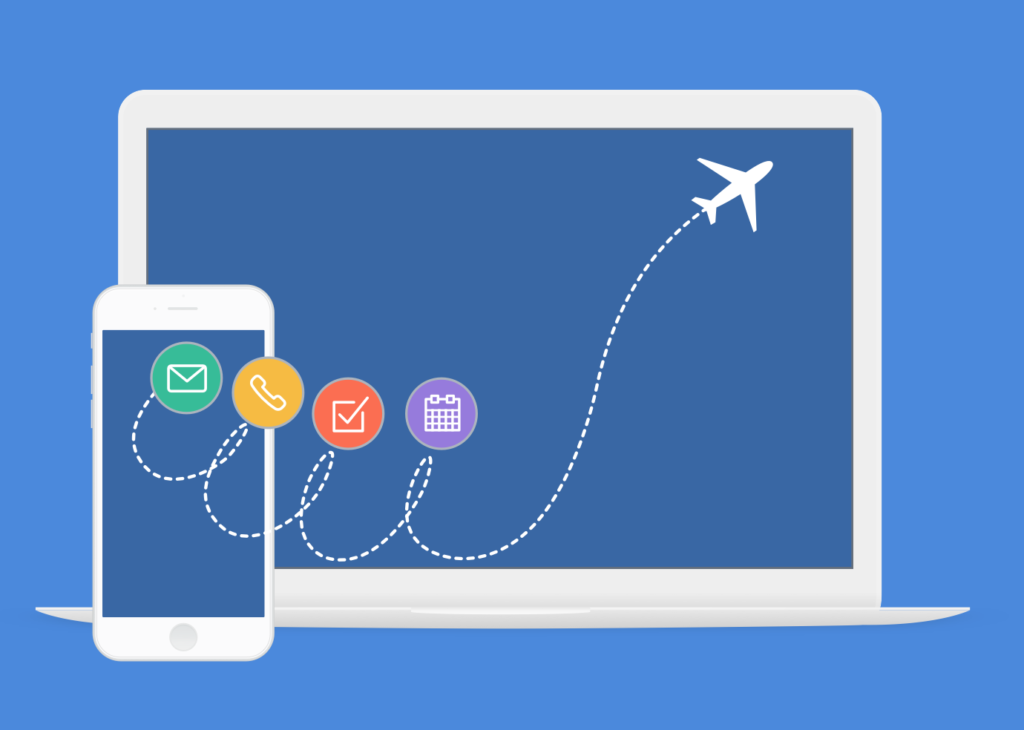 Flight Plans have nothing to do with booking a flight! It is a drip campaign feature by Cirrus Insight that lives in a user’s inbox. It allows the sales people to increase their productivity by automatically triggering personalized emails, calendar reminders, calls and tasks (to-do’s) to nurture their clients.

Cirrus Insight is a productivity application targeting sales and marketing people. Features such as email campaigns, and email tracking allows users to send a series of emails to their customers and track if they have been opened or replied to, and take the next actions accordingly.

But defining the next steps could to be challenging. Users need to find the best way to nurture their clients. Also these tasks could be repetitive  on the same campaign.

The solution could be an automated series of steps, designed and templated for similar campaigns that was easily distributed between all team members. This would allow the team to be more productive and share the same campaigns. It would also allow the managers to orchestrate campaigns and see analytics on each campaign and also rate the performance of their team members. 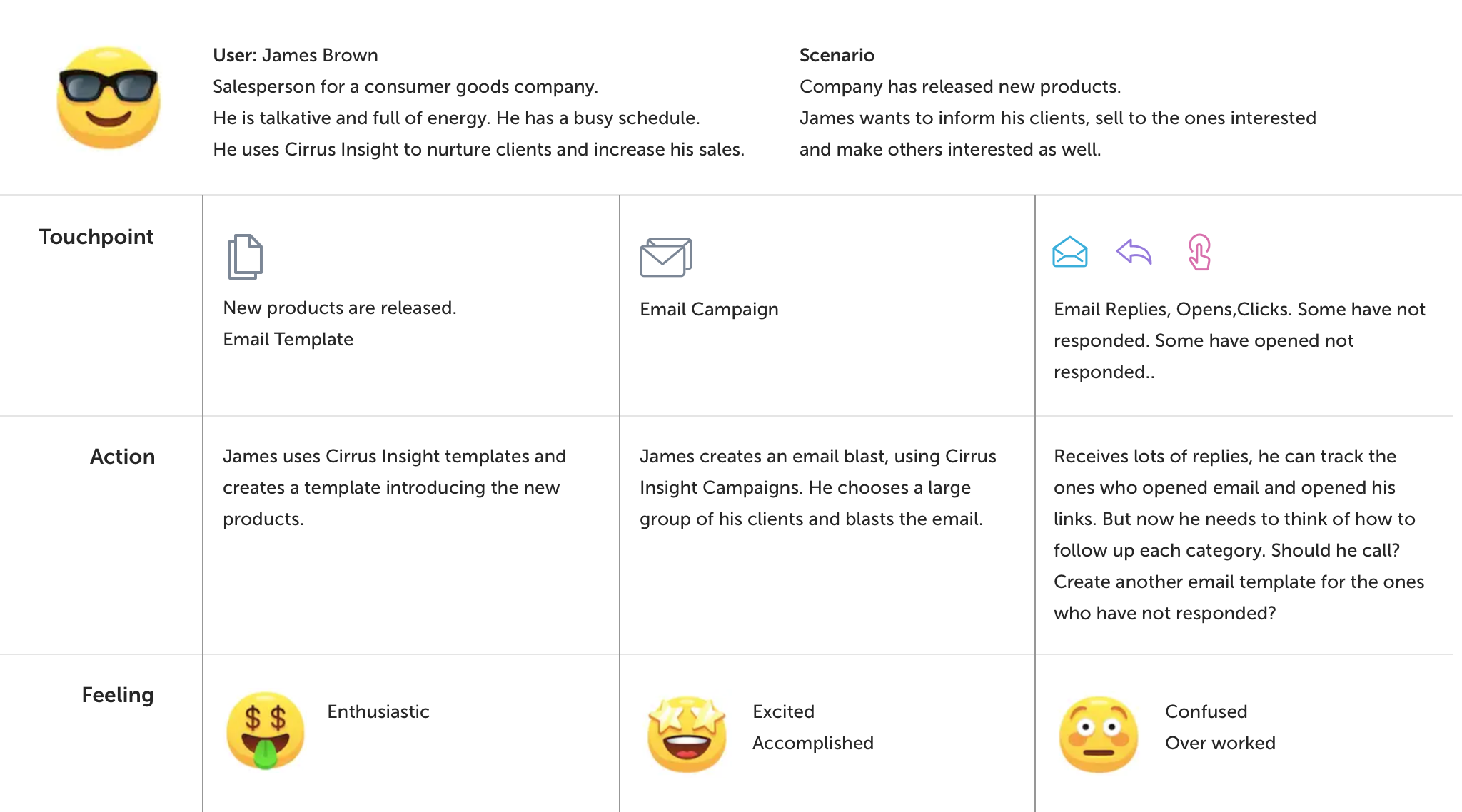 We started by asking our own sales-people and managers about their needs by conducting surveys and quick interviews. And this is a list of needs and goals we came up with.

We had competitors in this field such as Salesloft, which offered a stand-alone app. Cirrus Insight’s biggest competitor, Yesware, also released a similar feature right after our launch, so we constantly reviewed, compared and improved our feature.

To begin with this complex feature, the engineers started to build the engine for the admin creating a new flight plan template. I started my designs while thinking about the architecture of the feature as a whole. 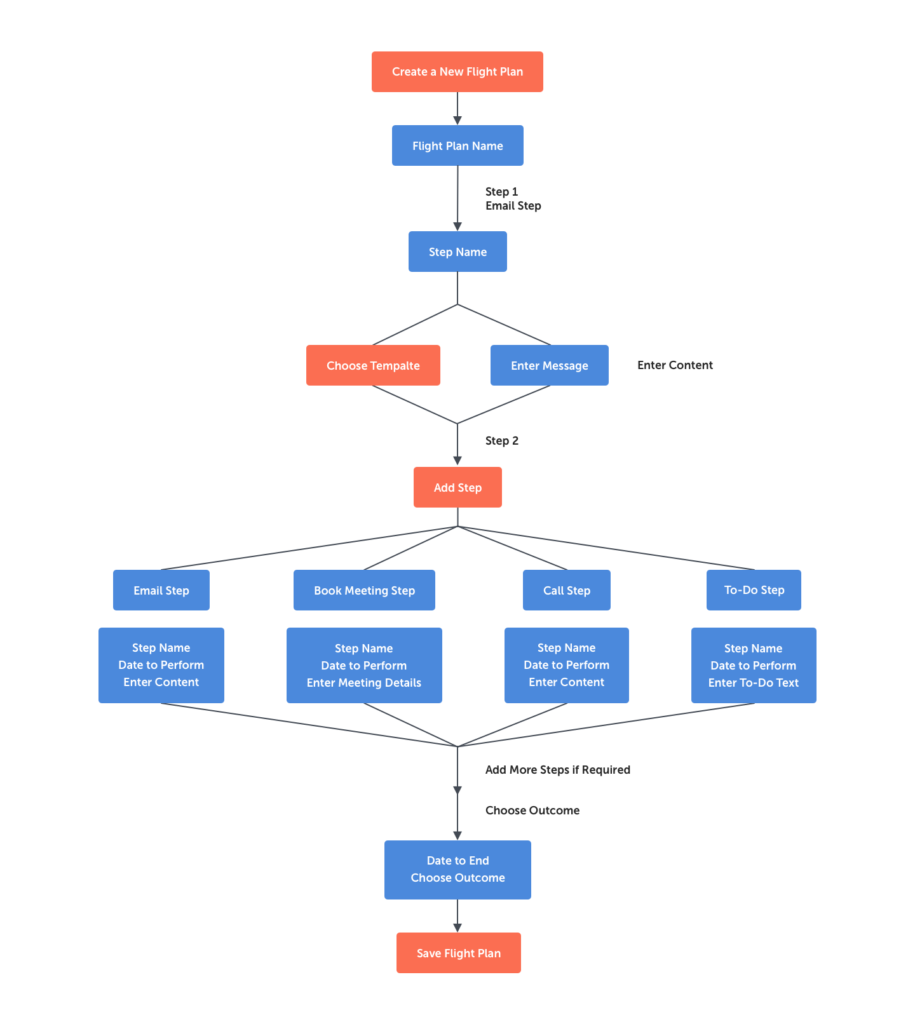 Users have three different ways to send out a Flight Plan. For only one recipient they can either start in compose pane or from side panel under contact’s snapshot. For multiple recipients, user can start by clicking the Start a Flight Plan button that is grouped with Campaigns button. This option is only available on desktop. 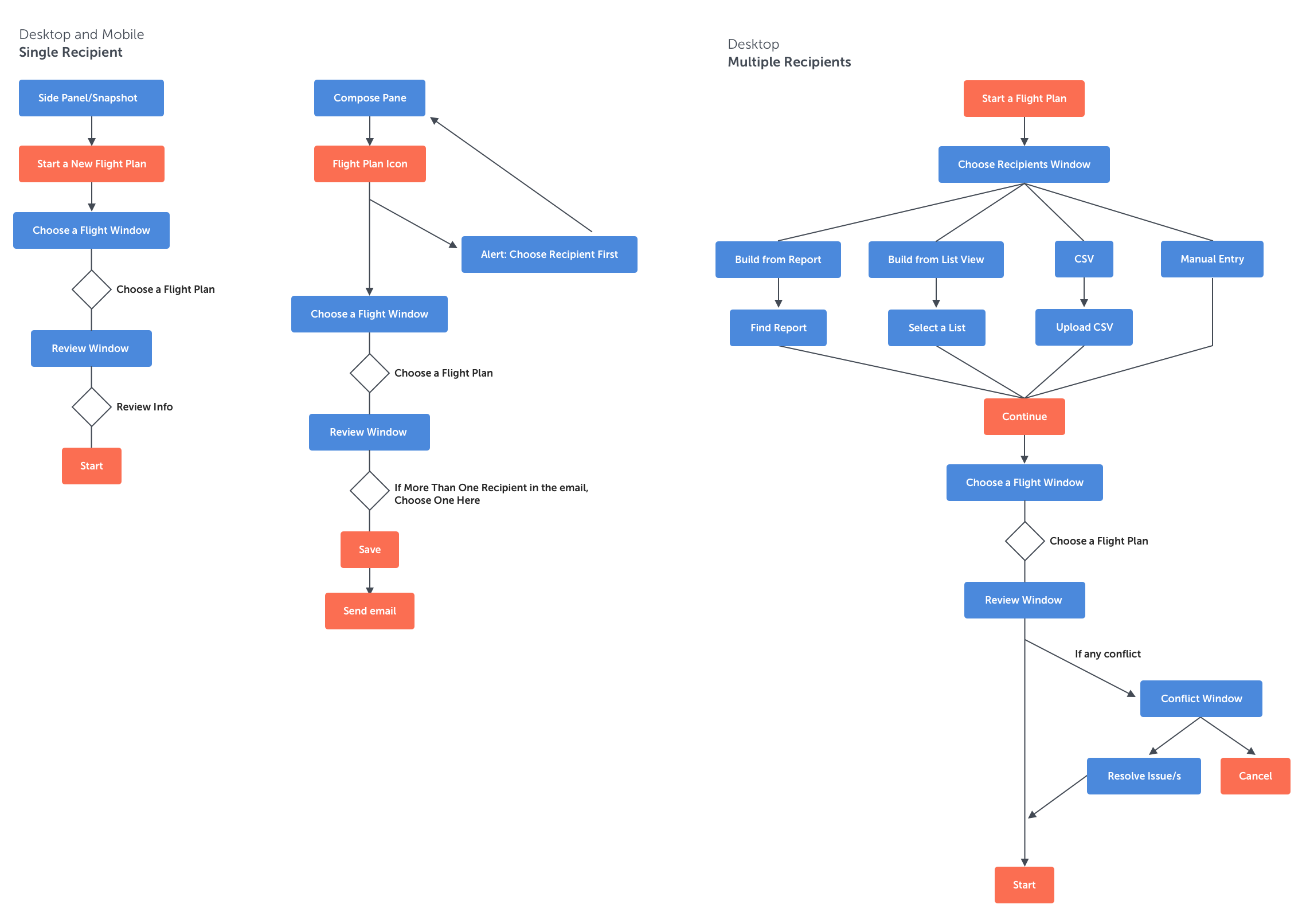 The admin creates the flight plans and makes it available to other users. They add a timeline of email, phone call, meetings, and To-Do’s. They also sign a monetary outcome to each flight plan to easily measure the success of campaign.

Designing flight plans was an iterative process. I created wireframes for each flow, tested them with real users, designed high fidelity based on test results and tested and revised them again.

After many revisions this is the final version of creating a new flight plan. An important addition to this flow is choosing an Outcome in case the campaign was not successful.

Users have different ways of starting a new Flight Plan. One of the most common options is through their inbox compose panel. 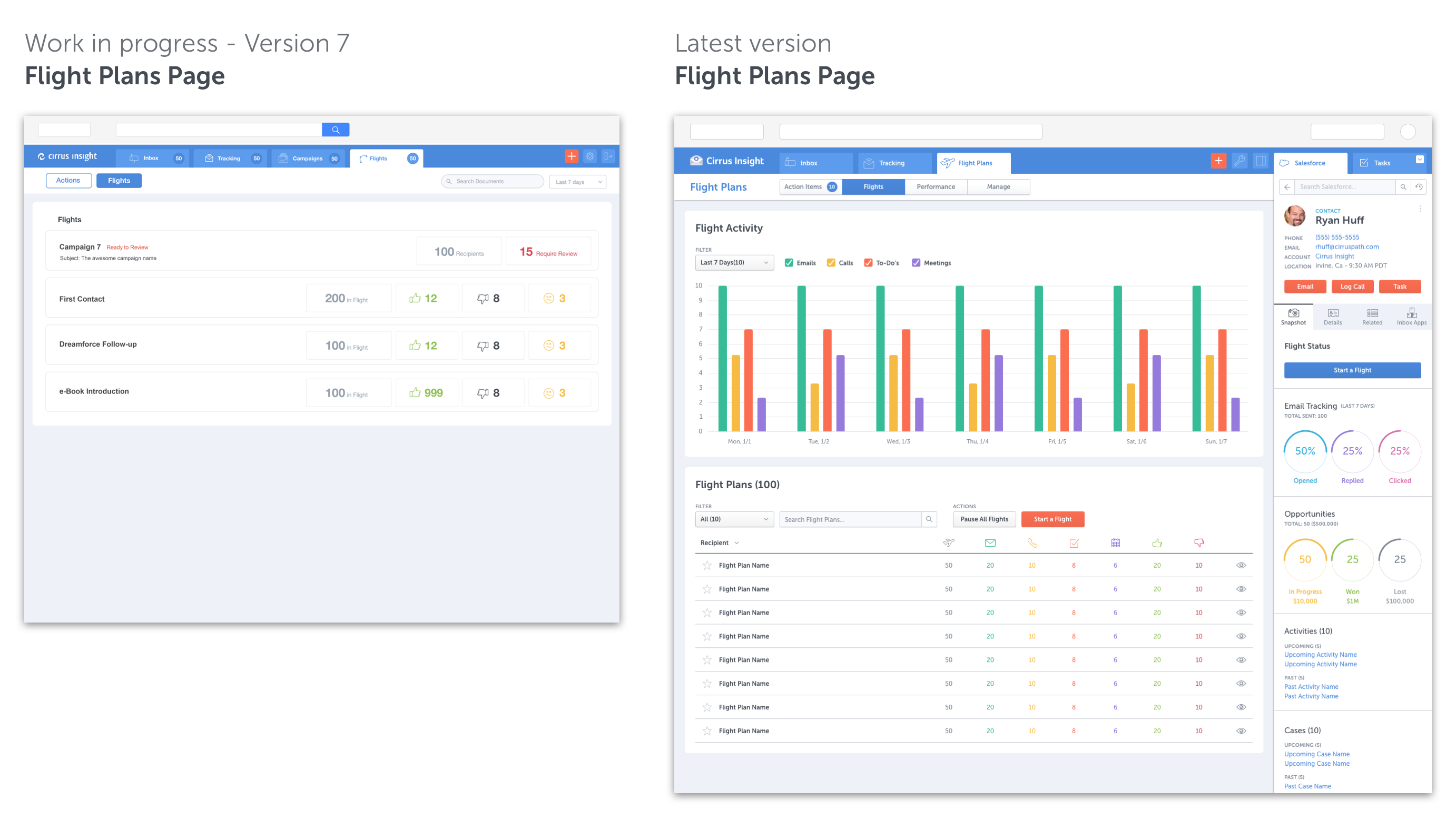 This page contains a complete list of all flight plans and all the details of how many receivers are in each one, what steps have been taken and what outcomes have been received. User can also click on each flight plan to see details and stats of each flight. 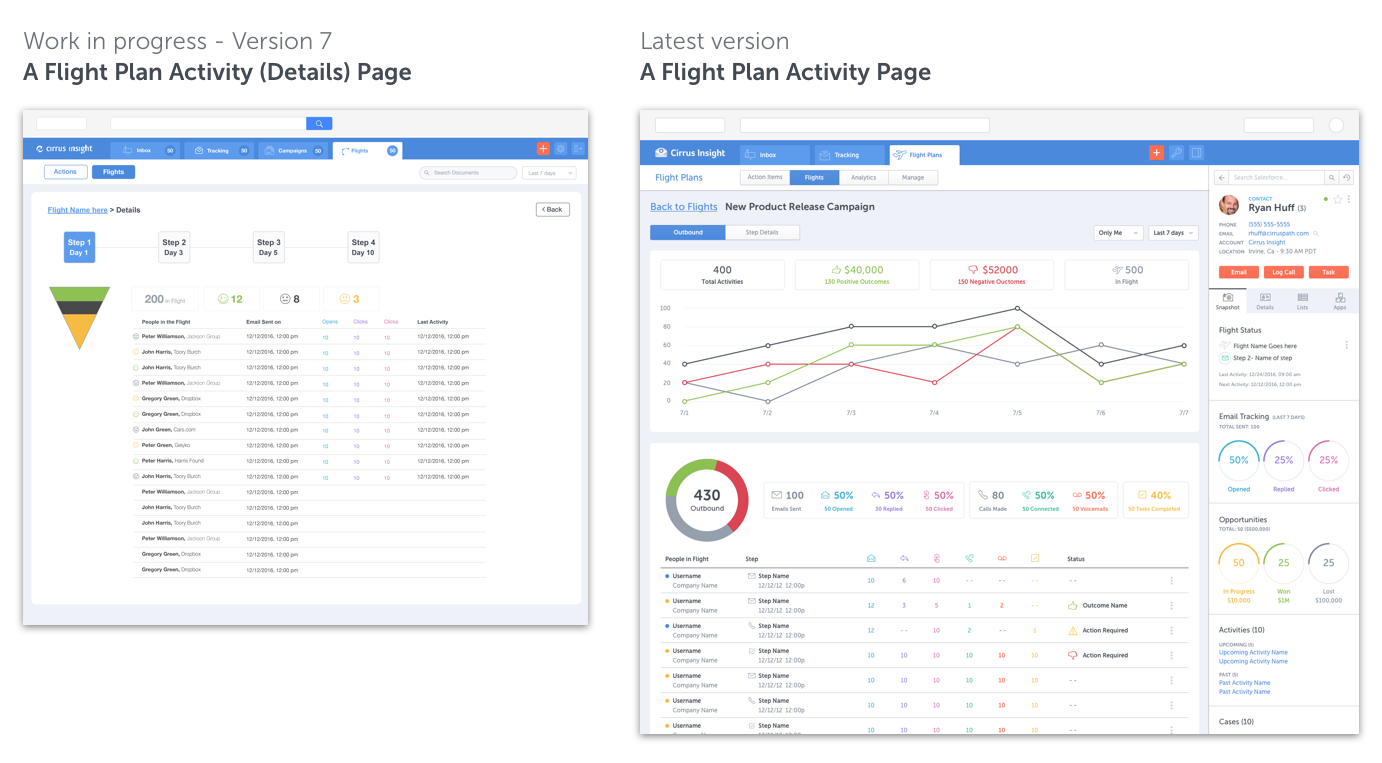 On previous post, when user clicks on one flight plan they will open the flight plan activity page. Designing Flight Plans was an iterative process. Here I show two versions in the design process. At the beginning we were obsessed with using a diagram that resonates a sales funnel. But after testing version 7 we learned our users do not understand the diagram or the iconography. So we moved on to different diagrams and graphics that were more understandable. We also broke this page into two: Outbound momentum and Step details as we didn’t want to cramp too much info in one page.

We knew we wanted to have an actionable list for our users based upon user feedback. Every morning they could take a quick look at what has happened with their campaigns and what actions they need to take.

Cirrus Insight is a desktop first app. But we implemented everything on our iOS and android devices platform as well.

I started designing all desktop features for mobile. But after testing the prototypes we decided to remove parts that will not be useful on mobile.

For example, I first started with designing the navigation including Flights. But soon after testing we realized that users would create new flight plans on desktop rather than mobile. So we simplified the navigation for easier usability. 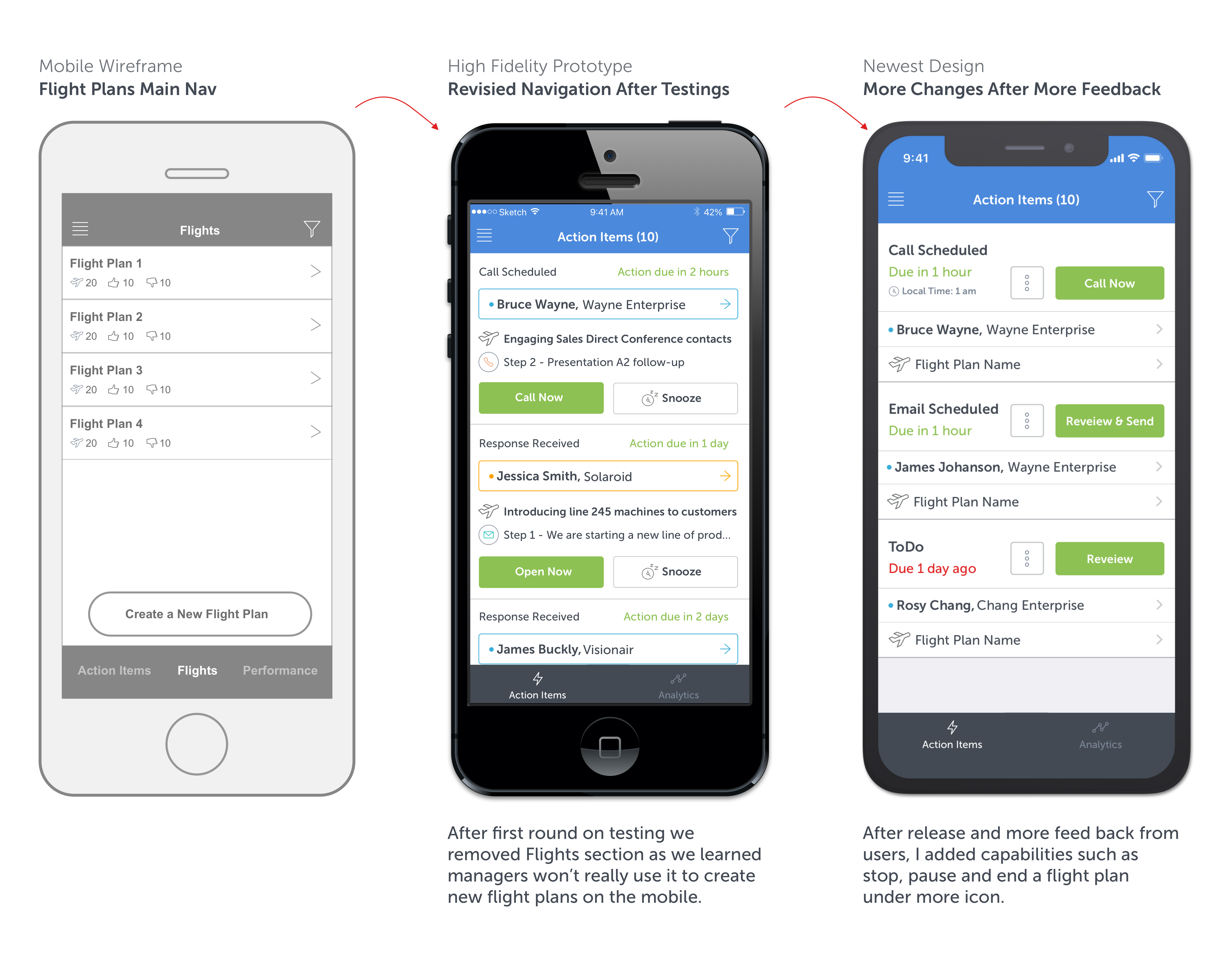 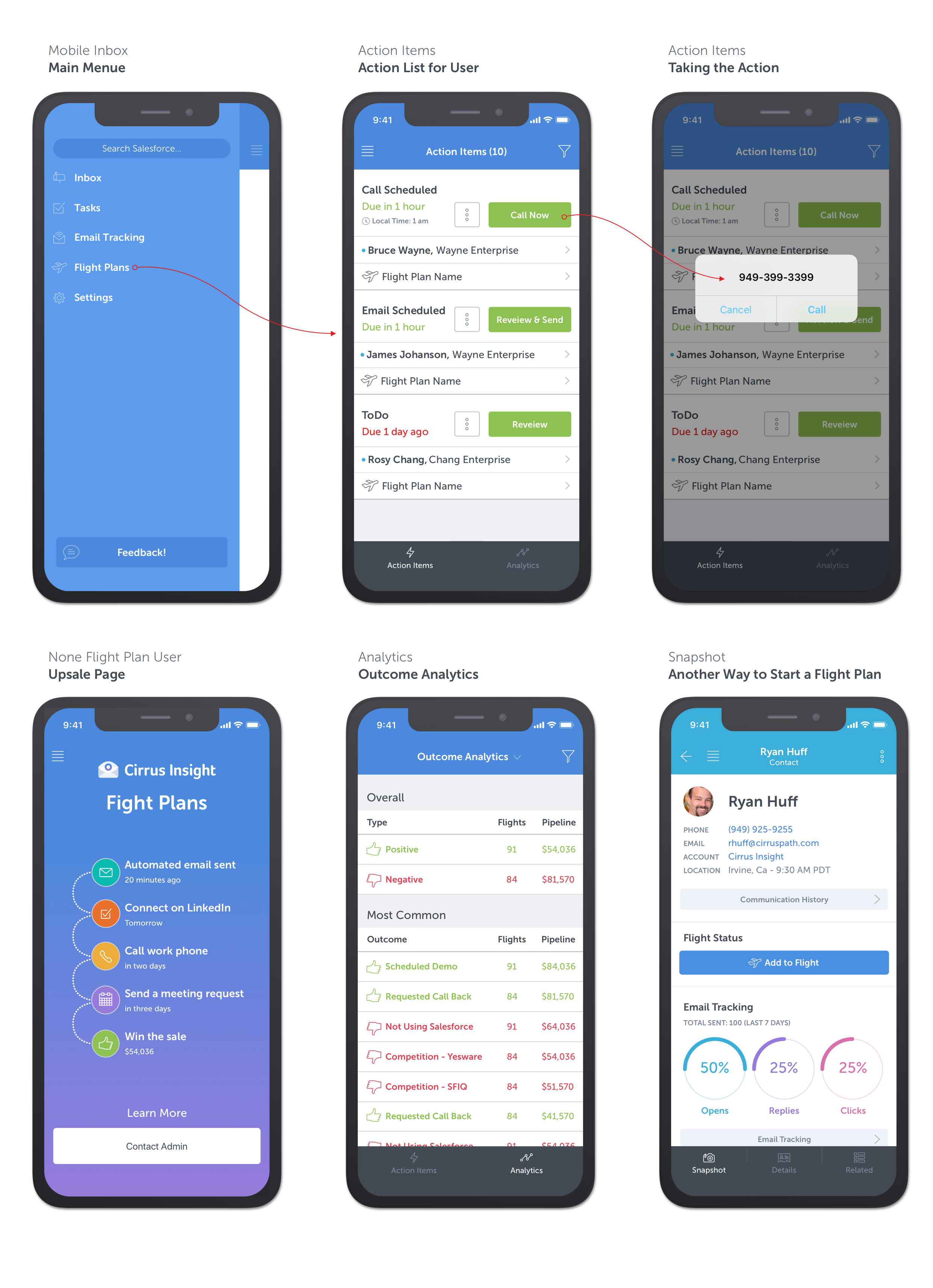 The Flight Plan feature was launched in June 2017. It allowed our company to open a third-tier price point to our clients.

After the first year of release it brought half a million dollars of profitability to our company.

We constantly tested and reviewed this feature in Cirrus Insight. We gathered data from customer feedback and Amplitude which allowed us to enhance the UX and UI. We also analyzed competitors regularly to make sure our product is always relevant and top of the line.